In Bug 1275069 (which I stumbled upon thanks to one of my “Neil deGrasse Tyson” bugmail filters), we run into an interesting bug that’s the result of same origin policy restrictions and vendor prefixes.

For those unfamilar with how Buzzfeed works, frequently you get a list of blurry images and click on them for a dramatic reveal. Riveting stuff.

To set up the blur, if you’re using Firefox, they serve you an SVG <filter>, because before Firefox 35, CSS filters weren’t yet supported. Other browsers get a vendor prefixed CSS filter (and whatever the progid:DXImageTransform junk for IE is called).

But, there’s a problem for Firefox users. There’s no blurry image—just a blank space. A literal Neil deGrasse Tyson vacuum. 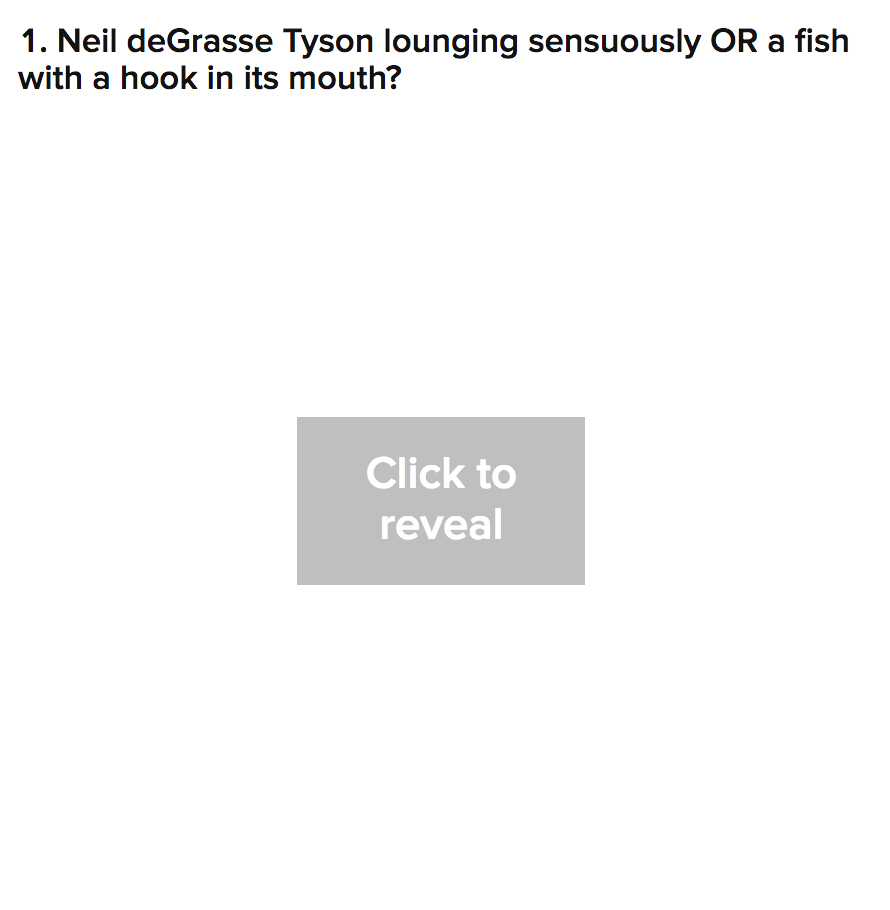 Here’s what that SVG <filter> looks like in devtools:

The problem is that img.buzzfeed.com is a different origin from www.buzzfeed.com and that server isn’t sending any CORS headers, so Firefox doesn’t actually render the filter (…or the image at all. That seems weird to me—see 1105145).

OK, whatever. I still want to click on that to see some sensuous lounging (the user is probably thinking).

And the plan is that once you click the (missing) blurry image, they remove the inline style with the filter url() function, but, oops now the following class applies (they remove the entire class in other browsers):

So just when you thought you were gonna get the big Neil deGrasse Tyson reveal, you’re stuck with the following: 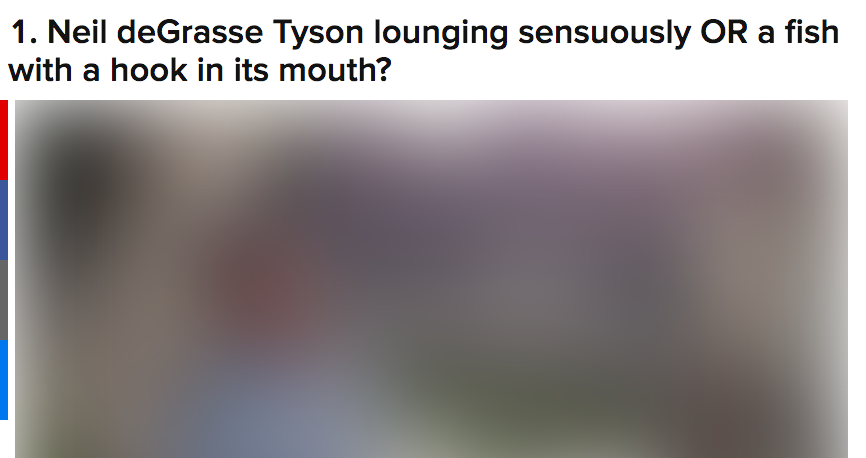 (Until we added support for -webkit-filter as an alias of (unprefixed) filter (-moz-filter was never like, a thing), that rule was ignored, fun!)

Anyways, in your own web journalism going forward, you can just use unprefixed CSS blur filters and skip the super fragile UA sniffing code paths.

And if you’d like to stick with SVG filters, make sure you’re serving those from the same origin as your content, or at the very least go copy pasta some CORS headers from stack overflow for your asset servers.