Bug 975444 is one of the most-duped web compat bugs, which documents the fact that the version of Google Search that Firefox for Android users receive is a less rich version than the one served to Chrome Mobile. And people notice (hence all the dupes).

In order to turn this situation around, we’ve been working on a number of platform interop bugs (in collaboration with some friendly members of the Blink team) and have hopes in making progress towards receiving Tier 1 search by default.

Part of the plan is to sniff out bugs we don’t know about (or new bugs, as the site changes very quickly) by exposing the Nightly population to the spoofed Tier 1 version for 4 weeks (which should be July 27, 2018). If things get too bad, we can back out the addon earlier.

If you’ve found a bug, please report it at https://webcompat.com/issues/new.

And in the meantime, if the bugs are too annoying to deal with, you can disable it by going to about:config and setting extensions.gws-and-facebook-chrome-spoof.enabled to false (just search for gws).

Note: don’t hit reset; instead, tap the true/false value and then hit toggle when that appears. 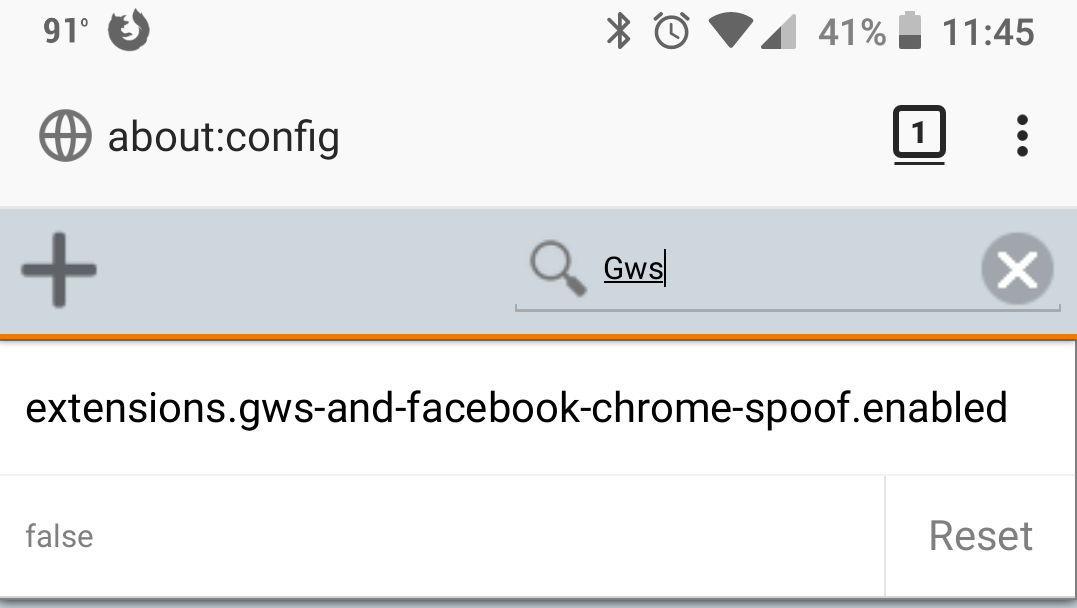