hyperlinks in buttons are probably not a great idea

Over in web-bug #9726, there’s an interesting issue reported against glitch.com (which is already fixed because those peeps are classy):

Basically, they had an HTML <button> that when clicked would display:block a descendent <dialog> element that contained some hyperlinks to help you create a new project. 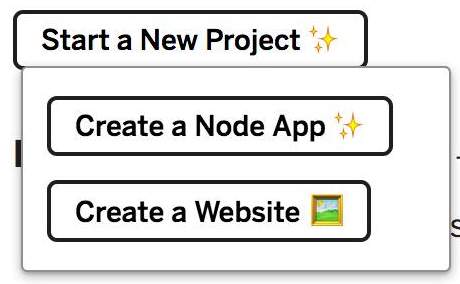 Problem is, clicking on an anchor with an href inside of a button does nothing in Firefox (and Opera Presto, which only 90s kids remember).

What the frig, web browsers.

But it turns out HTML is explicit on the subject, as it often is, stating that a button’s content model must not have an interactive content descendant.

Soooo, probably not a good idea to follow this pattern. And who knows what it means for accessibility.

The fix for glitch is simple: just make the <dialog> a sibling, and hide and show it the same way.

* in the spec’s humble opinion